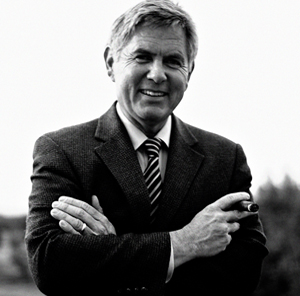 My father was a master-sergeant in the U.S. air force and my mother a legal secretary. We moved around a lot when I was growing up, but finally settled in the Portland area, mostly because it reminds my mother of London where she is from and partly because my father had a war buddy up in Longview.

I went to school at a small college over in southern Idaho until I got expelled for publishing an underground newspaper and then finished up at Portland State University. I went to law school at night here in town at Lewis & Clark Law School. I was on the law review and also worked all but full time during the day for Des Connall, formerly the District Attorney for Multnomah County, and one of the best trial lawyers in the state. And it was from him that I learned what it means to be a lawyer. He was all for delegating responsibility, and so I began researching and writing motions and, eventually, arguing cases in the Oregon appellate courts.

In 1982, I graduated from law school and became a member of the Oregon State Bar. I soon became a shareholder in Des Connall, P.C. In 1993, I started my own law practice. Primarily, I am a trial lawyer, but I continue to research, write and argue a fair number of cases in the Oregon appellate courts and occasionally in the Ninth Circuit Court of Appeals. I defend people accused of committing crimes, both misdemeanors and felonies, in both state and federal court, all across this state. I also defend lawyers accused by the Oregon State Bar with ethics violations. I have learned that, as significant as a jury trial is, it is only one battle in a larger war. Cases are won not only on the facts and good investigation, but also on the law, and sometimes that means that a client’s fate is decided by an appellate court. What’s important is that the other side knows that, if necessary, you are willing to go the distance for a client. It is amazing to me that in an age where virtually every aspect of our daily lives is dominated by the media and technology, it is the American courtroom where disputes are resolved by a lawyer pleading his client’s case, speaking directly to ordinary people who draw upon their own common sense and life experience. Many cases settle; some do not. Nevertheless, the strength or weakness of any case is still determined by a lawyer asking himself, what would a jury do with this case? The day that ends is the day I quit.

If you are looking for a hard-working lawyer with a blue-collar mentality to zealously represent your interests, then please give me a call.